Kanye Omari West, one of the most successful award-winning rappers in America, is also a famous songwriter, record producer, entrepreneur, and fashion designer. He is not only recognised as one of the most renowned musical figures, but he is also a fashion icon. Kanye has also ventured into huge fashion collaborations like Louis Vuitton, Nike, and A.P.C, together with Adidas which brought YEEZY.

Here are the times that Kanye proved he is indeed one of the largest fashion icons out there.

1. When he wore a weather-appropriate North Face jacket

We always see Kanye with a blank poker face but remember when he was actually smiling for once when he was spotted rocking his weather-appropriate jacket from The North Face? His overall outfit shouts comfort and simplicity which is ideal for the cold weather. We’re sure that you’re going to buy a North Face jacket for your next shopping! Right?

2. When he kept it casual at the Met Gala

Met Galas should be fancy and glamorous, right? It’s a big event where celebrities are competing to stand out with their most unique  For Kanye, it’s different! He totally ignored this idea and even stood out by keeping it minimal and casual.

His outfit was a simple black Dickies zip-up jacket that comes with a fair $43 price tag, paired with black pants, a white t-shirt, and black Yeezy season 4 combat boots. It’s definitely an outfit that everybody can achieve themselves. Is it rude to wear something like that for fashion’s biggest night? Well, maybe! But is it bold? A 100% YES!

3. When he didn’t follow the normal aesthetic of rappers 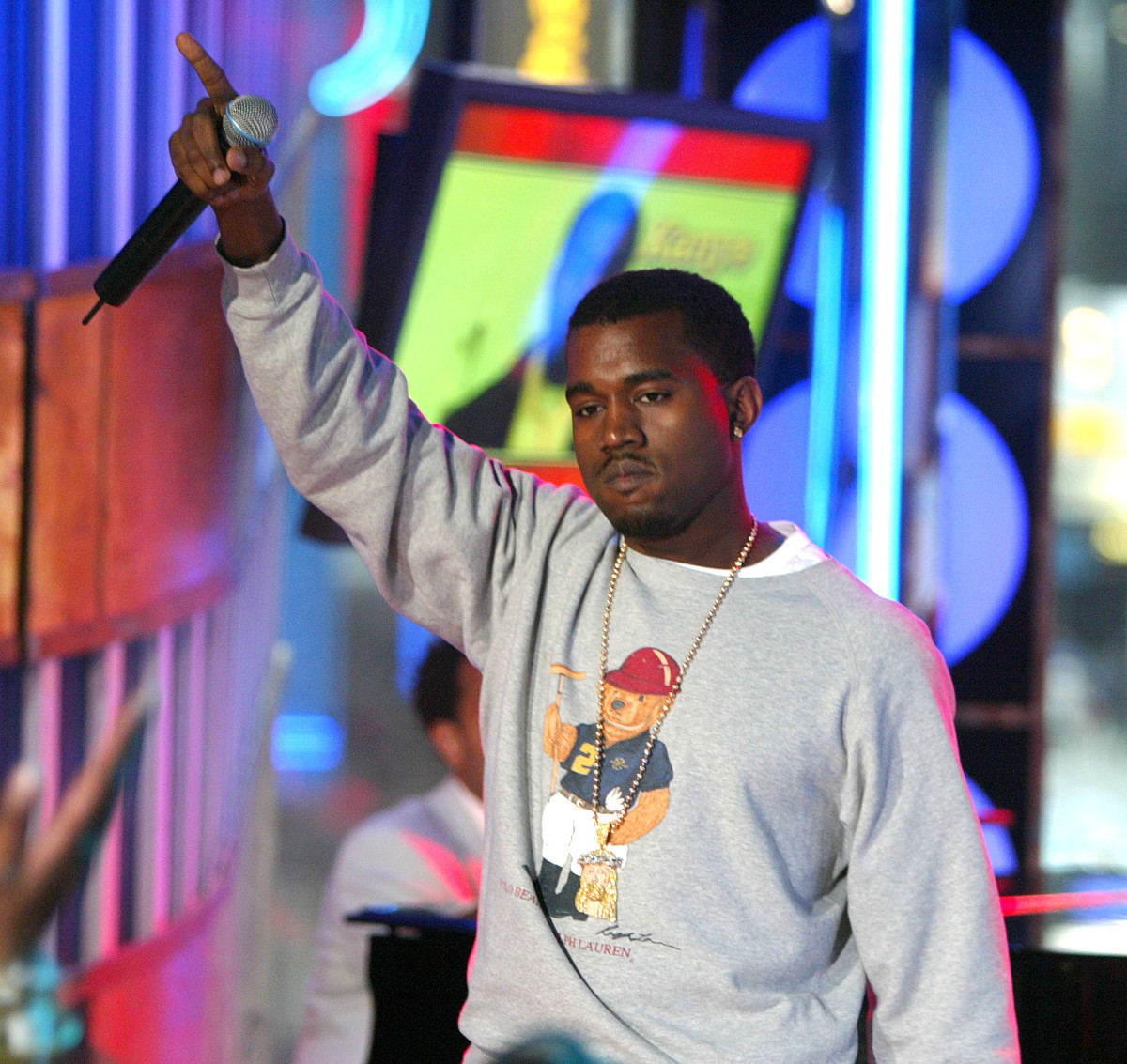 Way back in 2002, when he first emerged onto the rap scene, he boldly disrupted the status quo of hip-hop style. Kanye was marked differently from his peers. He was rocking his Ralph Lauren polo bears and backpacks which was very different from the usual streetwear tall tees, baggy jeans, and oversized sports jersey.

Kanye smashed definitions of masculinity in rap and subsequently influenced the next generation.

4. When he wore a Celine blouse at Coachella

Kanye West also proved once again that he’s a great fashion icon when he abandoned gender biases by rocking a Celine blouse at Coachella. He tried to redefine machismo in hip-hop. Usually, the genre of rap and hip-hop is rampant in homophobia, even some naysayers have been questioning the rapper’s sexuality. However, Kanye West was never bothered by the critics. Instead, he even eradicated the groundless association of sexual preference and skirts.

His influence is so strong that he birthed an entire group of open-minded and expressive young artists like Young Thug, Jaden Smith, and A$AP Rocky.

5. When he wore classic tracksuit bottoms and gave the “don’t talk to me vibes”

This next outfit is very Kanye West, but it’s also easy for others to pull off also. Kanye knows well how to wear his classic Adidas tracksuit bottoms in a cool way. But when he styled this simple look, he added some layering. Layering can instantly upgrade your casual outfit and transform everything into a more put-together look.

6. When he always wears a pair of versatile Adidas trainers

Yes, those classic three-stripe trainers! We can safely say that Kanye really loves Adidas, and of course, the brand also loves him back since we all know how successful their collaborations have been. We can always see Kanye in a pair of Adidas original trainers, meaning they’re good enough for you too since they’re the same as Ye.

This is the type of look that can pull off by anyone with minimal effort. This only shows how versatile Adidas trainers can be!

7. When his Yeezys started creating positive spaces for men to express themselves

When Kanye collaborated with Adidas and released Yeezy, it brought positive spaces for men and gave them the opportunity to wear whatever they want to. Even the rapper Thugga admitted that most of his clothes are women’s. Jaden also supports gender fluidity in his Louis Vuitton ads.

A$AP Rocky and Kendrick Lamar also credited Kanye’s album, The Life of Pablo MC for having a huge influence in their fitted outfits. And since we are talking about Yeezys, when you walk in the streets of NYC, you will spot at least 10 Yeezy lookalikes.

No matter how many critics are shutting down his Yeezy collections, Kanye remains as a fashion icon influence, he has an amazing vision with the power to change how people style their outfits and how they dress. He’s not only successful with his music, but he’s also far beyond that. His dominance in the fashion world has made him one of the biggest influential figures in the world of style. Plus, kids are obviously taking notes too!

Do you love Kanye West’s style too? What’s your favourite? Comment them down!

What Is The Reason For People Choosing Woolen Thermal Wear?

SOME WAYS TO STYLE YELLOW T-SHIRTS FOR AN ELEGANT LOOK

Make Yourself Prettier With Jewellery